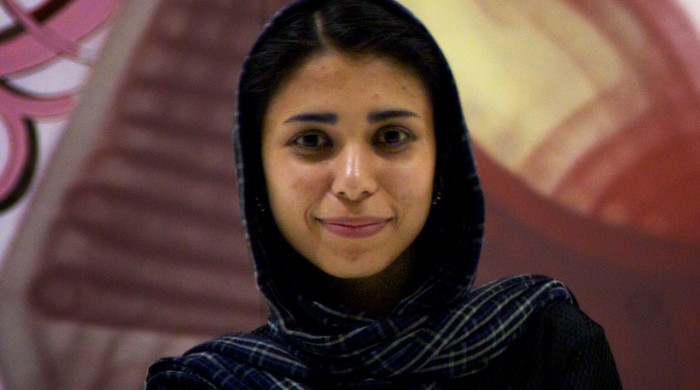 Shamsia Hassani is the first and possibly only graffiti writer in Afghanistan. Originally born in Tehran, Shamsia’s family returned to Kabul in 2006, where she began to study art. Now she is an associate professor in the Fine Arts Department at Kabul University and traveling all over the world.

Shamsia collaborated on two murals with El Mac. The first one was on the front of Sàn Art on September 28, 2012 and the second mural will be released in Brisbane, Australia at the Asia Pacific Triennial on December 6, 2012. This mural will be traveling to different locations throughout the world.